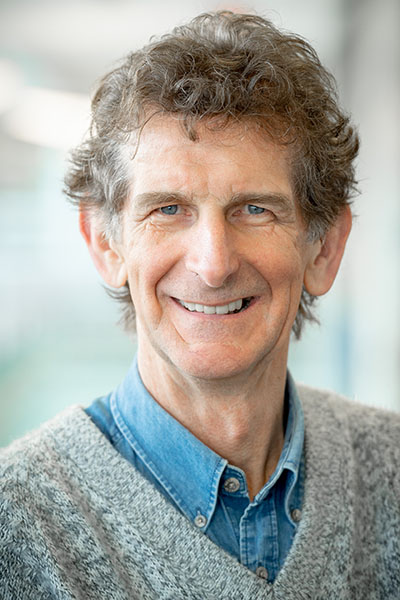 Hydrological effects of forest management and land use change; the effects of wildfire on hydrology and erosion; the effects of fast-growing timber plantations on stream flow (water yield and low flows); analysis of paired catchment experiments.

Dave Scott is a forest hydrologist with a general interest in the hydrological effects of forest management and land use change. Particular interests are the effects of wildfire on hydrology and erosion, and the effects of fast-growing timber plantations on streamflow (water yield and low flows). Much of his research has involved analysis of long-term, afforested catchment experiments in South Africa (including those that burned), and developing general prediction models based on these analyses.

Dave worked for the South African Forestry Research Institute at the Jonkershoek Forestry Research Centre and the CSIR in Stellenbosch between 1986 and 2001. He moved to the Okanagan from South Africa at the end of 2001. He was appointed to an endowed research chair in watershed management at Okanagan University College, funded by Forest Renewal British Columbia. His new research program in British Columbia looks at the effects of wildfire on soils, hydrology and erosion, and the study of residence time of snowmelt water in headwater catchments, using conservative tracers.

Dave’s personal interests include field hockey, soccer, cricket, rambling, wine, gardening, woodwork & folk music. In 1999 he was the winner of the Zonnebloem National Winetaster of the Year Competition in South Africa. He coaches (field) hockey in the interior of BC.

A four-year research project funded by the BC Ministry of Forests and Range through the Forest Science Program of Forest Investment Account and the Okanagan Innovative Forestry Society.

The H60 is a concept used in the Interior Watershed Assessment Procedure (IWAP; MoF 1999) by which the upper altitudinal zone within a watershed is weighted for its assumed contribution to peak flows.  The approach assumes that there is a direct and immediate link between snowmelt and surface flow, there being little lag in delivery of water from the snowpack to the stream.  However, work with stable isotopic tracers in water, namely deuterium and oxygen-18 (18O) in other part of the world, have demonstrated that there may be a considerable storage capacity within catchments, and long lags between the entry of water into the soil and its emergence as part of streamflow.  This project uses tracers and water chemistry to test some of the assumptions in the H60 concept. It aims to determine the location in the watershed that makes the dominant contribution to the water in the peak hydrograph by using chemical means.  The key uncertainty being studied is the lag between snow melt and water entering the stream channel.

A three-year research project sponsored by by the BC Ministry of Forests and Range through the Forest Science Program of Forest Investment Account.

Flooding and soil erosion are two of the hazardous consequences of wildfires, and are of particular concern in the wildland/urban interface. This study examines the effectiveness of post-fire rehabilitation measures in reducing soil losses after the wildfires of 2003 in the Southern Interior of British Columbia, Canada. Bark mulch, straw mulch, needle cast and grass seeding are the treatments being studied.  Sediment yield off hill-slope plots is measured with the use of silt fences and related to rain events.

This project aims to study the following aspects of fire-induced water repellency in the Southern Interior of British Columbia.

Curran, M.P. and D.F.Scott. 2008.  Fire Landscapes in Canada: How to Restore or Prevent Them. Chaper 17 In: Cerda, A and P Robichaud, Restoration Strategies  after Forest Fires. Science Publishers, Inc., Enfield, New Hampshire, USA. In Press

Scott, David F, Bruijnzeel, LA, and Mackensen, J, 2004.  The hydrological and soil impacts of forestation in the tropics. In: Bonell M, Bruijnzeel LA (eds), Forests, Water and People in the Humid Tropics. Cambridge: Cambridge University Press (in press, to appear in 2004).

Scott, David F, 2000.  Soil wettability in forested catchments in South Africa as measured by different methods and as affected by vegetation cover and soil characteristics.  Journal of Hydrology 231/232: 87-104.

Scott, David F, Versfeld, DB and Lesch, W, 1998.  Erosion and sediment yield in relation to afforestation and fire in the mountains of the Western Cape, South Africa.  S.Afr. Geographical Journal 80: 52-29.

Scott, DF, 1997.  The contrasting effects of fire and clearfelling on the hydrology of a small catchment.  Hydrological Processes 11: 543 – 555.

Scott, DF and Lesch, W, 1997. Streamflow responses to afforestation with Eucalyptus grandis and Pinus patula and to felling in the Mokobulaan experimental catchments, Mpumalanga Province, South Africa.  Journal of Hydrology, 199: 360-377.

Apologies, but no results were found.